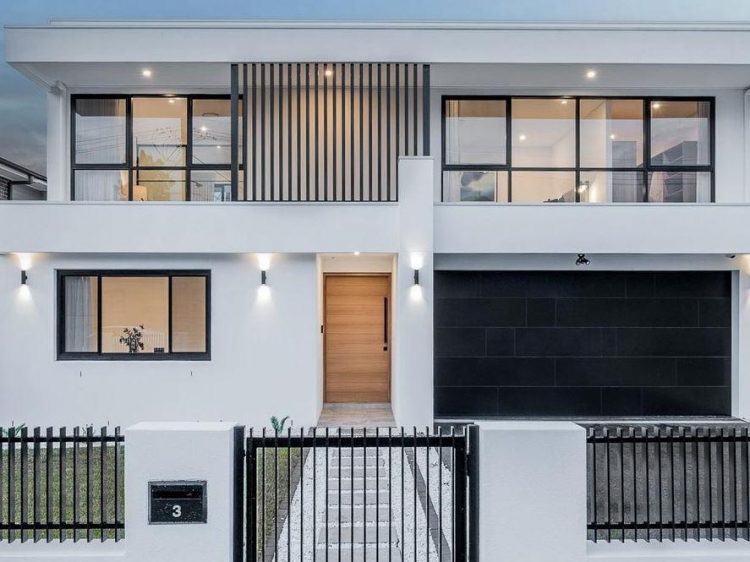 A property built earlier this year in Ryde has broken the record for the highest price paid for a home on a 500 sqm block.

The five bedroom, four bathroom home at 3 Santarosa Ave in Ryde sold under the hammer in the first week of October for $3.47m.

The Ryde home broke the record for the biggest sale on a 500 sqm block.

Melrose estate agent Ahmad Malas held the listing for the property, which was architecturally designed to provide buyers with the latest in luxury living.

“I studied the Ryde market for over two years prior to opening the new branch with Melrose,” Mr Malas said.

The home had only been recently built in the past two years.

“It’s a huge result for us and proves that the Ryde area holds a lot of potential for luxury buyers looking to live northwest of Sydney’s CBD.”

Over the past year, median prices in Ryde have jumped up 20 per cent – with the average home now costing $2.345m to buy.

Nearby suburb Eastwood has also experienced a significant level of growth – median prices have jumped 21.5 per cent to a $2.545m.

A view of the kitchen area.

With a 16.5 per cent jump in median house prices in North Ryde to $2.29m, Sydney’s north west appears to be drawing in a higher number of investors and first home buyers.

“Although the market has been challenging for buyers, these properties are highly spoken about and have had very successful sales.”

The results come as data from PropTrack revealed Sydney’s 20 cheapest houses currently on the market, with most ranging in price from $700,000-$800,000.

House prices in Ryde have jumped up by 21.5 per cent over the past year.

Of the 20 cheapest freestanding houses, 17 are based in the Greater Western Sydney area – mostly in the southwest and Blacktown regions.

This suggests Sydney houses priced below $600,000 have vanished from the market and there remains just one house priced below $700,000 currently available.

How to Buy Sandbox (SAND) | A Step-By-Step Guide

Bitcoin And Crypto Ahead Of The Fed Hike Announcement