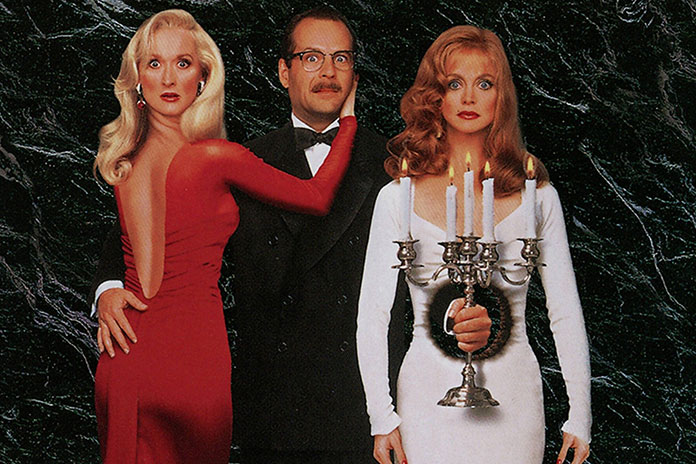 Out doing promotional rounds for her thriller “The Good Nurse,” actress Jessica Chastain has revealed she would love to remake one of the most iconic dark comedies of the 1990s – Robert Zemeckis’ “Death Becomes Her”.

Meryl Streep, Goldie Hawn, Bruce Willis and Isabella Rossellini star in the story of two long-time frenemies who both drink a magic potion that promises eternal youth but carries some unpleasant side effects.

In a recent interview with Parade, Chastain was asked which classic film she’d like to remake, and she says:

“I was just talking to Annie [Hathaway] about this! It would be so fun to remake [the 1992 black comedy] ‘Death Becomes Her’. I’ll do either the Meryl Streep or Goldie Hawn role. You know, when it came out it was a huge flop. People thought it was garbage! But I think it’s a masterpiece.”

At the time of release, the original received mixed reviews and did OK box-office-wise with $149 million worldwide off a $55 million budget.

Over the years though it has grown in estimation, acquiring a major cult following – especially in the LGBT community. Appreciation has grown for the savageness of its comedy, its technical wizardry at points and its go-for-broke performances.