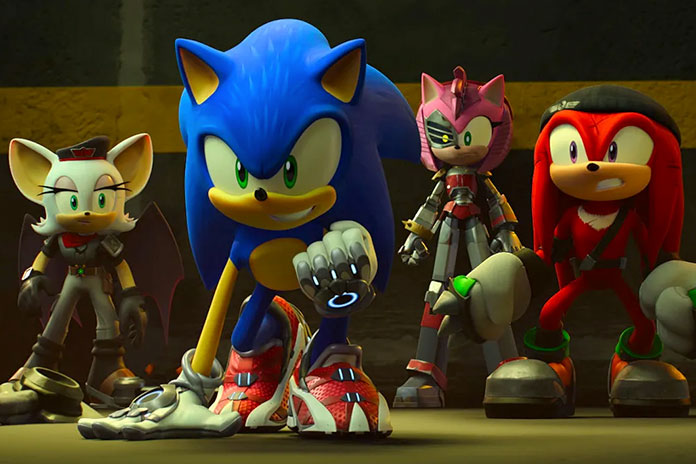 And
Having previously worked together in “The Favorite,” Joe Alwyn will reunite with director Yorgos Lanthimos for the latter’s next film “And” at Searchlight. Filming begins in New Orleans this month.

Cold Storage
“Barbarian” breakout Georgina Campbell has signed on to star with Liam Neeson and Joe Keery in the sci-fi actioner “Cold Storage” based on David Koepp’s novel. Jonny Campbell is directing for Studiocanal.

Sounding like a variation of Michael Crichton’s “The Andromeda Strain,” the story deals with a mutating micro-organism having been contained in a military facility – until it escapes. It’s up to a retired bioterror operative and two unlikely heroes employed in the facility to destroy the organism and save mankind. [Source: Deadline]

The new animated series sees the hedgehog travelling across the “shatterverse” after a battle between Sonic and Dr. Eggman causes reality itself to shatter. Sonic will need to go on an epic quest across multiple dimensions that will see him fight new foes and meet new allies in an effort to fix the universe and save his friends.

Adam Taylor Barker and Chris Sivertson penned the story about a man who moves to a small town where his fiance is killed by drug dealers. Filled with rage, he embarks on a vengeful killing spree to take them all down.

The Calling
Next, Peacock has premiered the official trailer for “The Calling,” a new crime drama series based on Dror Mishani’s novels about hopeful NYPD detective Avraham Avraham (played by Jeff Wilbusch). All eight episodes premiere on November 10th.

In the series, a case involving a search for a woman’s missing son gets flipped on its head, and Avi’s faith and religious principles are shaken as he begins questioning his own humanity. David E. Kelley serves as showrunner whilst Barry Levinson directs.

Workouts for Your Rest Days