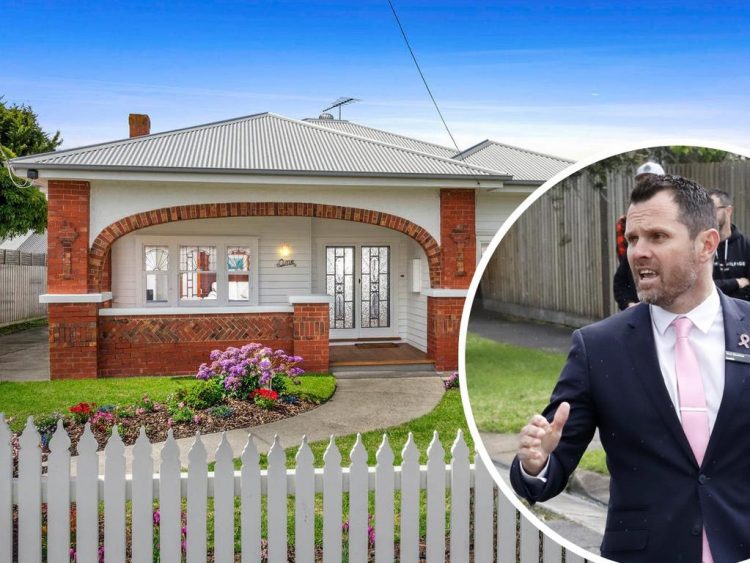 Plans to relocate from Brisbane are well in train for a family as the buyers saw the Belmont home in person for the first time before purchasing at auction at the weekend.

The family, which is moving south for work and to be closer to family in the region, landed the highest bid at 1 Union St, Belmont, on Saturday.

The bidder had his phone to his wife in Brisbane firmly planted to his ear as he saw off competition from two other bidders for the three-bedroom character home.

It’s a unique house with a large brick arch above the porch, framing ornate leadlight windows and french doors leading into the 1920s era home.

While the original layout is largely preserved, the home had been updated with stainless steel appliances in the kitchen and fresh bathrooms.

Mr Moorfoot said it was a great opportunity on a 650sq m block.

“It’s all set up and ready to go with three bedrooms, two bathroom and has been painted inside an out.

“It’s a great opportunity to move straight in with nothing to do.

“It’s walking distance to High St, with great schools such as Roslyn Primary and Belmont High.”

The buyer said he saw the house in person for the first time prior to Saturday’s auction.

“It’s a nice home, a nice area, a lovely character home,” he said.

“We’re a bit excited and it’s maybe a bit more than I wanted to pay for it, but it’s how much they cost I guess.

“This is the first time I had actually seen this place in person. Aly (Boland) provided a video tour and my father in-law had seen it, so we had got a feel for it.”

Bitcoin Is ‘Definitely Not A Fraud,’ CEO of Mobile-Only Bank Revolut Says