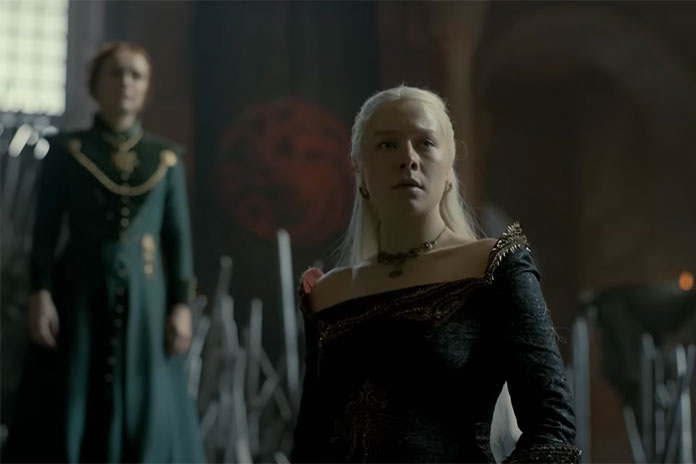 Author George R. R. Martin has subsequently given an interview to Penguin Random House on YouTube where he revealed had he gotten his way, the show would’ve featured more time jumps and recastings.

Specifically, he says one of the big issues was where to begin the story in the timeline. Martin says his favorite idea was to start much earlier than where the show begins:

“I would have begun it like 40 years earlier with the episode I would have called ‘The Heir and the Spare,’ in which Jaehaerys’ two sons, Aemon and Baelon, are alive. Aemon dies accidentally when a Myrish crossbowman shoots him by accident on Tarth, and then Jaehaerys has to decide who becomes the new heir. Is it the daughter of the older son who’s just died, or is it the second son, who has sons of his own and is a man, and she’s just a teenage girl?”

He says the show would have had 40 more years, even more time jumps and more re-castings. However, he says: “I was the only one who was really enthused about that.”

Indeed showrunner Ryan Condal has already indicated there will be no more significant time jumps or re-castings next season. That return to Westeros won’t be happening anytime soon with HBO Max chief content officer Casey Bloys telling Vulture another season won’t be coming until 2024:

“We’re just starting to put the plan together, and just like last time, there are so many unknowns. It’s not to be coy or secretive, but you don’t want to say it’s going to be ready on this date, and then you have to move it.”

Filming on the second season will begin in early 2023 and is expected to run across the full year.