Coming Home to New York, but Could She Afford a Manhattan Studio? 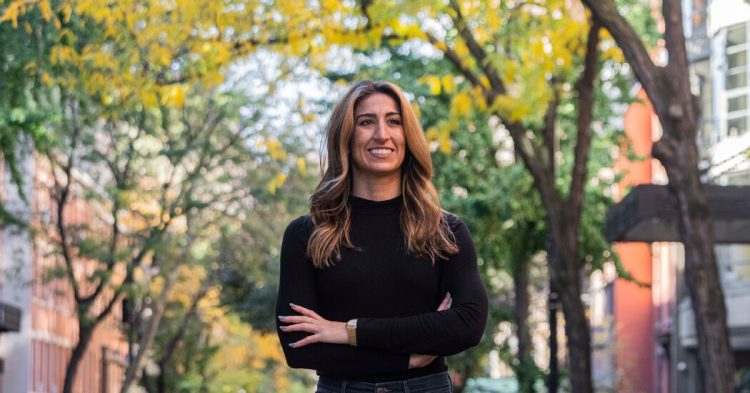 Amanda DiMarco didn’t expect New York City to pull her back, but it did.

Ms. DiMarco, 32, had lived in the area for almost her entire life: She was born and raised in Westchester and spent seven years in Hoboken, N.J., after college. But when her role overseeing client success for a software company went remote in 2020, she sold most of her furniture, put a few things in storage and hit the road with her roommate.

The pair, who had been renting a two-bedroom, two-bathroom Hoboken apartment for $3,500 a month, spent the next 13 months crisscrossing the country. They earned loyalty points at Marriott hotels, where Ms. DiMarco would take Zoom calls in the morning before heading out to hike in national parks.

“It was the biggest self-growth experience I’ve ever had,” she said.

But while she kept expecting to feel a tug in one of the cities she visited between Maine and California, none compelled her to put down roots. “I kept expecting to think, ‘Oh, my god, this feels right. I need to be here,’” she said. Instead, when she made her way back home — where her large Italian family still gathers for Sunday dinner every week — “New York, lo and behold, was what felt most right.”

[Did you recently buy or rent a home in the New York metro area? We want to hear from you. Email: [email protected]]

It was the fall of 2021 — rents were climbing, and mortgage rates were near a historic low. Ms. DiMarco, who had been putting aside funds since college, knew she had enough tucked away to make a 25 percent down payment on a home costing up to $650,000.

Her ideal spot was in Manhattan, preferably below 23rd Street. She expected to eventually return to her Midtown office, and “wasting those hours on a commute was something I didn’t want,” she said.

She knew that her budget and location would limit her to a studio, so she hoped she could find a place that she could eventually operate as a rental. “I hope I’m not living alone in a studio three years from now,” she said. “I wanted to be able to rent and gain that income down the road.”

When she connected with Christiana Beniamino, a real estate agent with Bond New York and an old friend, she was bouncing between hotel rooms in the city and her childhood home in Westchester.

“She had already been nomadic, and she wanted a stable place,” Ms. Beniamino said.

Ms. DiMarco began looking at apartments in early 2022. Among her options:

Find out what happened next by answering these two questions: