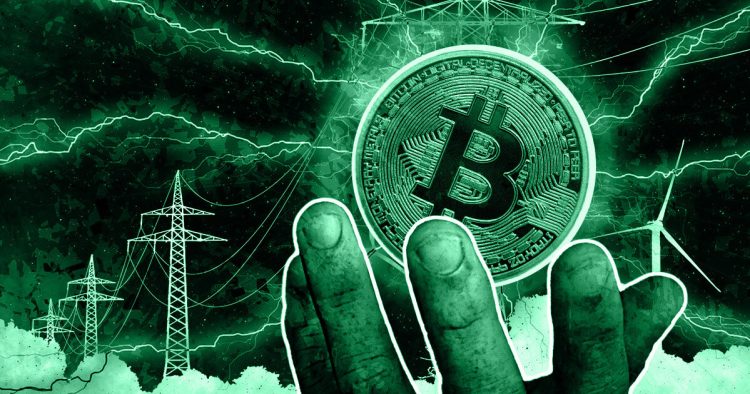 Did you know that the amount of electricity consumed by the Bitcoin network in a single year could satisfy the total electricity needs of the entire University of Cambridge for 758 years … could power all tea kettles used to boil water in the UK for 23 years?

One of the biggest elements of FUD (Fear Uncertainty and Doubt) in Bitcoin is that it uses too much energy and even the WEF released an article saying that Bitcoin will boil the ocean or consume all the energy of the planet.

As can be seen below, the countries that use the most energy thrive. Further, African countries produce less GDP per capita based on less energy used.

Examining data on the total world production and energy consumption from the Cambridge Bitcoin Electricity Consumption Index arguments can be made that Bitcoin is a big problem for climate change proponents. However, the debate is not simply black and white.

First, we should consider Bitcoin’s share of the world’s total yearly electricity production and consumption. A reference to global energy production has been added to account for the wide array of industries that primarily rely on energy sources other than electricity (e.g. diesel fuel).

As shown in the following graphics, Bitcoin’s share of electricity and production is minimal but arguably serves a great purpose, while gold mining activities are a lot worse.

Unlike other industries, Bitcoin mining is relatively mobile. In their quest for cheap and abundant energy sources, miners can set up new facilities fairly quickly all over the world. As a result, Bitcoin miners can tap into so-called ‘stranded’ energy assets that cannot easily be put to productive use by other industries.

Therefore, in those cases, Bitcoin miners are not competing with other industries or residential users for the same resources but instead soaking up surplus energy that would otherwise have been lost or wasted.

BTC only uses 104 TWh, so who decides what is good energy usage or not? The graphic below showcases global uses of energy compared to Bitcoin. Residential air conditioning uses 1937% more energy than Bitcoin as the leading use of non-industrial energy consumption. Industrially, data centers utilize double the energy of Bitcoin while few climate change activists target companies such as Amazon, Google, and Microsoft for their energy usage.

Energy usage by residential and industrial

While ensuring the sustainable future of the planet is an important cause, it is also important to understand the underlying framework and nuances of energy usage. Higher energy usage does not necessarily correlate with more environmental impact.

Finally, more energy usage can be viewed as economically positive as it increases GDP. Bitcoin uses less power than gold mining and arguably has a far greater net benefit. Some may claim that Bitcoin isn’t useful, however, CryptoSlate has produced daily articles since 2017 showcasing the power and utility of the crypto industry which is led by Bitcoin.

Regression of Humanity, How Big Pharma Is Risking Everything

Workouts for Your Rest Days