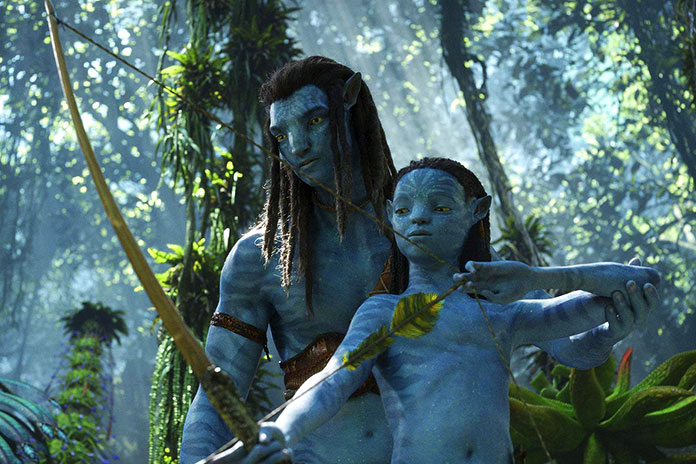 Back in late September, filmmaker James Cameron revealed that a good one year of the thirteen-year gap between “Avatar” and it’s soon to arrive “Avatar: The Way of Water” was due to a trashed script of the second film.

Cameron revealed he had effectively completed the second film’s screenplay before deciding to trash it and get the writers to come up with a new approach.

Now, in a new cover story feature for Total Film magazine (via Magazine Direct and Slashfilm), Cameron has gone into more detail about that original script, offering a more thorough explanation as to why he opted to go in a different direction. He also talks how, to this day, he loves some of the ideas in it:

“What happened was, we were noodling around. I was working with a team of writers. We had a lot of ideas. We kept trying to corral it into a box, and it never quite fit. So at a certain point, I said, ‘I’ll just finish it and see if it’s a movie.’ I did. It came out, I think, at 130 pages. It was like, ‘Man, this is a great story. This is a hell of a read.’

But it was missing one of those critical elements about sequels, which is that it didn’t go enough into the unexpected. It also didn’t play enough by ‘Avatar’ rules, which is to connect us to the dream world, that which has a spiritual component that we can’t even quite quantify in words. It ticked every other box, but it didn’t tick that one. And I thought,’ We shouldn’t make this movie.’ So I set it aside.”

However some of it was too good to waste, so elements from that script got recycled into what has become “Avatar: The Way of Water”. Other elements that Cameron adored, but just won’t fit the new films, will now instead be used as part of three Dark Horse graphic novels that will come out in December. Those comics bridge the gap between the films:

“There’s some great stuff in it. I mean, you’ve got the Na’vi fighting with bows and arrows in zero-G. I mean, I’m there! I want to see that movie. But it just didn’t achieve enough of the overall story and thematic goals that I had in mind. So we’re turning it into a Dark Horse graphic novel. You’ll be able to see that interim battle that took place between movie one and movie two.”

The comics will be titled “Avatar: The High Ground” and will not only bridge the gap between films but also offer extra context. “Flygirl” author Sherri L. Smith penned the grapnic novel which should arrive before “Avatar: The Way of Water” hits cinemas on December 16th.

3 Ways to Customize Your Next Employee Appreciation Event