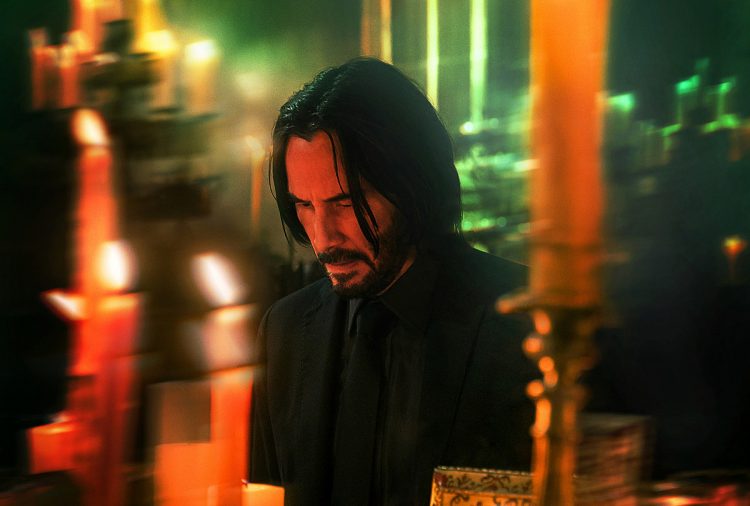 After an ominous countdown video comprised of an ornate hourglass slowly spilling out its sand for 24 hours, it’s finally here: The first trailer for John Wick: Chapter 4. Four years after the release of the outstanding John Wick: Chapter 3 — Parabellum, Keanu Reeves is back as everyone’s favorite vengeful, dog-loving assassin.

The story continues directly from Parabellum, where Wick managed to survive becoming “excommunicado” from the criminal organization known as the High Table. Now he’s out for (what else?) revenge against the High Table with the help of Laurence Fishburne’s Bowery King, who has had his own issues with the organization.

In addition to Reeves and Fishburne, John Wick: Chapter 4 will also feature appearances from returning cast members Lance Reddick (as Charon, the Continental concierge), and Ian McShane (as Winston, the manager of the Continental). New additions to the cast include Bill Skarsgard, and action movie legends Scott Adkins and Donnie Yen. If the thought of Keanu versus Donnie Yen doesn’t get you excited, why are you even looking at this trailer?

Like all the previous John Wicks, Chapter 4 is directed by Chad Stahelski, a veteran stuntman and stunt coordinator turned badass action director. Started in 2014 as a relatively small-scale thriller, the franchise has turned into a favorite of action fans thanks to its outstanding fight choreography and intricate mythology about this underground world of elite killers. Here is Chapter 4’s synopsis:

John Wick (Keanu Reeves) takes on his most lethal adversaries yet in the upcoming fourth installment of the series. With the price on his head ever increasing, Wick takes his fight against the High Table global as he seeks out the most powerful players in the underworld, from New York to Paris to Osaka to Berlin.

John Wick: Chapter 4 is currently scheduled to open in theaters on March 24, 2023. There’s also a John Wick spinoff film, titled Ballerina, that is also headed into production as well.

The 10 Most Ridiculous Tropes In Action Movies

Good luck finding an action movie that doesn’t have at least a few of these stereotypes.