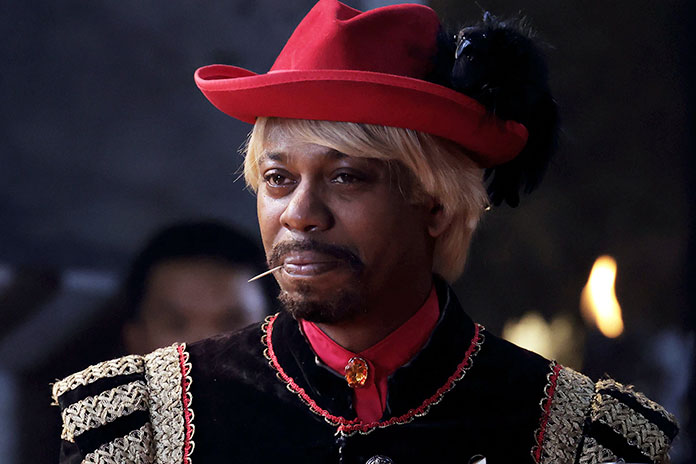 Six years ago, Dave Chappelle hosted “Saturday Night Live” and brought back some of his iconic “Chappelle’s Show” characters for a spoof of one of the most famous moments in “The Walking Dead”.

This weekend, he pulled the same trick though this time it was for HBO’s “House of the Dragon” with a several-minute piece making fun of the “Game of Thrones” prequel spin-off show which only recently wrapped its first season.

What was set up as a ‘sneak peek’ of the second season, the clip brought back some of his more memorable characters, including Silky Johnson, Tyrone Biggums and his take on singer Rick James.

Original cast member Donnell Rawlings was also on board for the spoof, which included Chloe Fineman as Princess Rhaenyra Targaryen, Michael Longfellow as Prince Daemon Targaryen, James Austin Johnson as King Viserys Targaryen, Kenan Thompson as Lord Corlys Velaryon (aka the Sea Snake), and a special cameo which you’ll to see in the clip available below.

on the next season of house of the dragon pic.twitter.com/Rt3DMxpx9H

How Will You Manage Your Assets in the Metaverse?