Revealed: The 15 Qld suburbs with the biggest jumps in rent 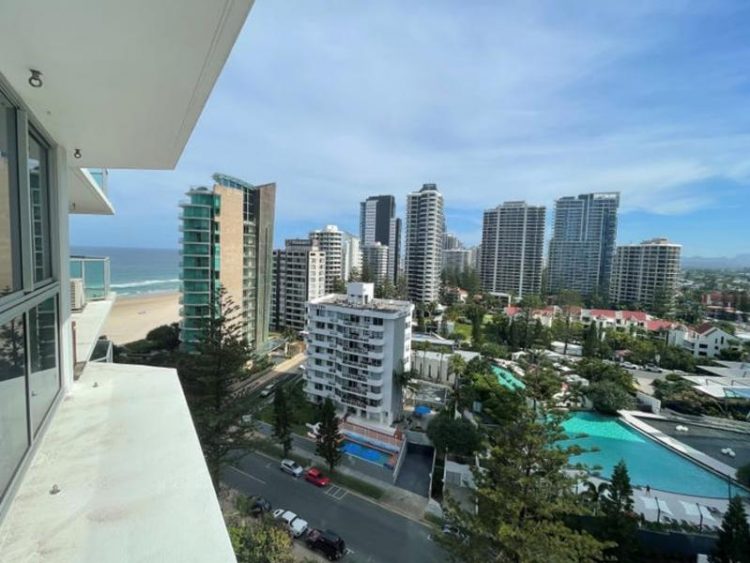 Surfers Paradise recorded the biggest jump in median rents in the state in the September quarter, according to PropTrack.

THE cost of keeping a roof over a tenant’s head in Queensland has surged by 10 per cent or more in 47 suburbs in just the past three months.

Exclusive new figures from PropTrack reveal the pain is real for tenants, with weekly rents surging by up to 26 per cent in 881 suburbs in the September quarter.

From the beach to the bush, no coastal enclave, city suburb or outback town has been immune to the rental crisis.

Here are the 15 suburbs where the median weekly rent rose the most in three months.

The Gold Coast glitter strip suburb of Surfers Paradise recorded the biggest rise in median rent in the September quarter.

Of the eight houses currently advertised for lease on realestate.com.au in the suburb, most are asking for over $1300 a week, including a three-bedroom house with a pool at 20 Norseman Court, which is advertised for $2700 a week.

This three-bedroom house at 20 Norseman Court, Surfers Paradise, is advertised for rent for $2700 a week.

Another Gold Coast suburb has seen the second biggest hike in median rents in the September quarter.

Leasing a house in the lesser known suburb of Jacobs Well is now 25 per cent more expensive on average, at $750 a week.

This four-bedroom house at 14 Marina Pde, Jacobs Well, is advertised for rent for $1000 a week.

Perhaps surprisingly, The Gap in the mining town of Mount Isa — not to be confused with the leafy Brisbane suburb of the same name — saw the third biggest jump in rents during the quarter.

Tenants in this suburb in the Logan region may be shocked to find out the median house rent has risen 21.4 per cent.

Banyo in Brisbane’s north recorded the largest quarterly rise in the cost of leasing a unit, with the median unit rent surging 21.4 per cent to $440 a week.

The Moreton Bay suburb of Toorbul usually flies under the radar, but its waterside location has resulted in a hike of 20 per cent in the median house rent in three months.

Tenants looking to lease a house there would need to fork out $420 a week on average.

Perhaps not surprisingly, the popular suburb of Peregian Beach on the Sunshine Coast has seen a jump in the median unit rent of 18.2 per cent to $650 a week in just three months.

This two-bedroom unit at 2/11 Jacana Street, Peregian Beach, is advertised for rent for $520 a week.

The beachside suburb of Alex Heads on the Sunshine Coast has made the list for one of the biggest jumps in house rents in the September quarter.

This six-bedroom house at 7 Mary Street, Alexandra Headland, is advertised for rent for $2100/week.

It clearly pays to live by the water.

The suburb with the closest surf beach north of Brisbane saw unit rents rise 17.5 per cent in the September quarter.

The median unit rent in Woorim is now $470 a week.

The Ipswich suburb of Sadliers Crossing is usually known for its housing affordability, but rents are on the rise.

In the past three months, the median weekly house rent has climbed 17.5 per cent to $470.

This three-bedroom house at 1/17 Cribb Street, Sadliers Crossing, is advertised for rent for $340 a week.

Tenants in the rural locality of Monkland in the Gympie region are also under pressure from rising rents, with a 17.4 per cent jump in the median house rent in the September quarter to $423 a week.

This three-bedroom house at 16A Gatfield Street, Newtown, is advertised for lease for $450 a week.

In Brisbane, tenants are forking out 17.2 per cent more a week to lease a house in the leafy western suburb of Graceville than they were three months ago, with the median house rent now $750.

This five-bedroom house at 79 White Street, Graceville, is advertised for rent for $1500 a week.

The median house rent in Clear Island Waters has risen 16.7 per cent to a jawdropping $1400 a week — a $400 a week rise in just three months, making it the most expensive suburb to rent a home in the state.

This four-bedroom house at 5 Key Biscayne, Clear Island Waters, is being advertised for rent for $1400 a week.

The large, tree-lined suburb of Newtown in Toowoomba is feeling the pinch when it comes to the cost of leasing a house.

This three-bedroom house at 16A Gatfield Street, Newtown, is advertised for rent for $480 a week.

Durack in Ipswich is also not immune to the rental crisis, with units there becoming on average 15.4 per cent more expensive than they were in June.

This three-bedroom townhouse at 1/75 Outlook Place, Durack, is advertised for lease for $410 a week.