10 Best Movies To Watch After A Break-Up, According To Reddit 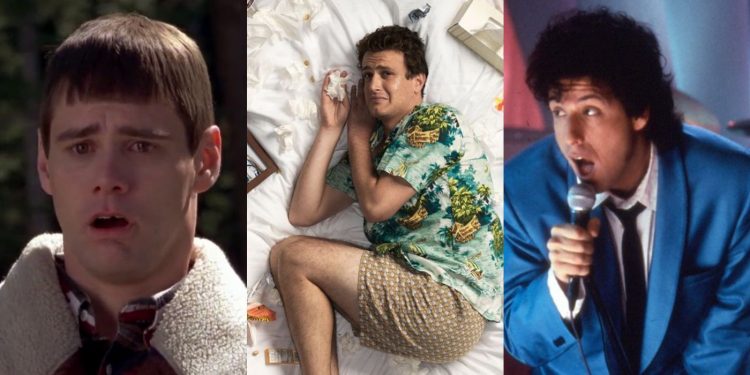 Recent reviews of the newly released Julia Roberts and Geroge Clooney romcom Ticket to Paradise have so far been reasonably good, with the film currently sitting at 71% on Rotten Tomatoes. Several decades ago, romcoms had carved out a significant reputation for success at the box office, but as time passed, the genre fell out of favour with audiences.

Today the romcom appears to be making a comeback of sorts and these films often find acceptance as post-breakup antidotes. Not every film that helps viewers deal with a breakup has to be a romcom, however, and as Redditors have pointed out, some post-breakup films don’t even have anything to do with being in a relationship – they’re just good distractions.

Of all the films listed, Blue Valentine is likely the most controversial for a break-up film. This is because the film is dark in ways that someone who’s just come out of a breakup might struggle with. But for those who feel strong enough to tackle it, Blue Valentine offers viewers the chance to take an unflinching look at how everyone grapples with love at some point.

This 2004 teen comedy might have plenty of eye-rolling moments, but overall it offers viewers a fun and often laugh-out-loud look at a gap year spent trying to get over a break-up. Redditor Pristine-Tangelo5902 recommends the film, simply saying, “Eurotrip”.

Though Eurotrip didn’t actually film in the majority of the European settings that its characters visit, those looking for an escape from the reality of their own breakup can find some comfort here. The film’s protagonist gets over his rather devastating breakup during his trip, ultimately moving on in the best way possible.

The Middle-earth world of J.R.R. Tolkien has been a constant source of fascination for an untold number of fans for decades. While it’s not most people’s first thought for a post-break-up screening, Redditor Nazoragoth thinks otherwise: “Sounds like a good time to watch all 3 LOTR movies in their extended format.”

Three LOTR movies in extended format is a serious commitment, undoubtedly taking up at least half a day if not more. For this reason, the films might actually make for a good post-break-up viewing. There’s a lot to keep audiences focused on in terms of action, which means there isn’t time to wallow in personal despair over the love that wasn’t to be.

Filmmaker Richard Linklater brought fans this spiritual sequel to his cult hit Dazed and Confused, which focuses on a handful of college baseball players. Redditor I_talkAboutFightClub recommends the film as a post-break-up boost, saying, “Everybody Wants Some!! (2016).”

The film – which might be a little too male-centric for some viewers, definitely is all about having a good time at college. However, whether or not it can inspire break-up sufferers to move on with their lives is a different matter altogether. At the very least, Everybody Wants Some!! can reinforce the importance of having a tight-knit group of friends.

Adam Sandler and Drew Barrymore landed a huge hit with this 1980s-set romantic comedy about a struggling musician who’s ditched by his fiancé. Redditor victoriannna picks this as a great post-break-up movie, saying, “Wedding Singer.”

As Sandler’s Robbie character goes from the despair of a major breakup to the despair of not being able to be with the engaged Julie (Barrymore), viewers feel a certain amount of melancholy. However, the film does deliver some solid laughs before making its way to a very satisfying and sweet end. This is a rom-com, after all, and probably ideal for breakups.

For some, Marc Webb’s 500 Days of Summer is the best rom-com of all time. The film showcases the difficulty Tom (Joseph Gordon-Levitt) has when his love interest Summer (Zooey Deschanel) ends their relationship. Redditor good-Will_Hunting chooses the film as their breakup essential pick, stating, “500 days of summer.”

What 500 Days of Summer does particularly well is to force Tom to gradually begin to pick apart the relationship that he believed was perfect. In this way, the character is allowed to grow and learn from his mistakes. Anyone looking to gain some new perspective on a breakup could find some value through his insights, and at the very least, it’s a good film.

John Favreau and Vince Vaughn burst onto the scene in a big way with this mid-90s indie hit. The film tells the story of L.A. transplant Mike, a struggling comedian/actor who just can’t get over his ex-girlfriend. Redditor that_melody uses the film’s own vernacular to nominate it, saying, “Swingers, baby.”

Watching Mike go from feeling low to feeling even lower will likely be relatable to those suffering from a break-up, but within that process is healing. The film also shows that the way forward after a break-up is to stay close to friends and be open to new experiences. Hiding away in your apartment and not eating, however, is definitely not the way forward.

The Farrelly Brothers’ Dumb and Dumber was hailed as a comedic masterpiece upon its release, further elevating the already enormous status of Jim Carrey. Redditor shwarma_heaven picked the film as their post-breakup choice with, “Dumb and Dumber… That movie got me through college.”

While there aren’t really any romantic relationships taking place for protagonists Lloyd and Harry in the film, there is a major romantic letdown for Lloyd. Convinced he’s met the woman of his dreams, he eventually learns that she’s married. The film’s adventurous spirit is motivated by this crush and its dissolution provides the film with a funny look at heartbreak.

This tale of three grieving brothers on a journey through India to meet up with their mother has several heartbreaking moments. It’s filmmaker Wes Anderson’s take on grief and love, and it’s relevant enough for Redditor biermonkey to say, “The Darjeeling Limited. Worked(ish) for me.”

There’s no straightforward or clear message as to how to move beyond the emotional impact of a break-up, and the film’s prequel short, Hotel Chevalier, further underscores how painful breakups can be. Despite all this, there’s something reassuring about Anderson’s tale as well as an assurance that life is amazing and unpredictable – just not always fair.

From its initial moments to its very end, Forgetting Sarah Marshall offers viewers insight into the entire terrible ordeal of ending a long-term relationship. Star and writer Jason Segel wrote the film after a real break-up experience, providing those viewers who need it a simple recipe for getting over a relationship ending: just keep moving forward.

Next: 10 Best Romantic Comedy Movies of 2022 So Far, According To Ranker

Learn How To Do Push-Ups

Spooky NFTs to Collect in Time for Halloween