$90k a year from one property: How to make money from rising rents 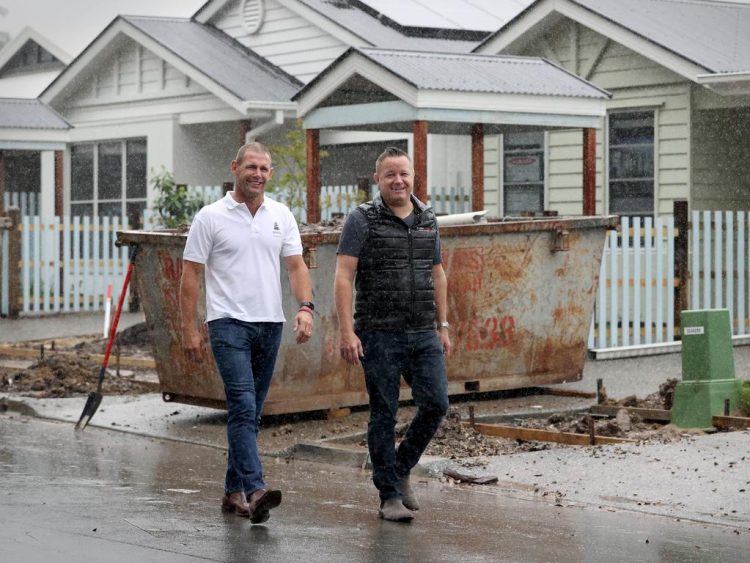 DAN Holden is no stranger to property investing, but he hasn’t seen residential rents rise as rapidly as this in 20 years.

The Brisbane local lends money to developers through capital raising and runs a successful side hustle investing in properties across Brisbane.

The Holden Capital Partners principal anticipates he will earn close to $90,000 a year from his current townhouse project in Coorparoo.

“I don’t plan to sell any of them,” Mr Holden said. “I have another one in Greenslopes where they will probably rent for more like $1000 each a week because of the city views.”

An investor estimates he will earn about $90,000 annually after mortgage costs by renting out these Coorparoo townhomes.

And he has noticed a trend since the rapid rise in rents in recent months of developers building to rent rather than sell, because of the lure of having a long-term passive income.

“Normally a developer would sell all 10 and move on to the next project, but because rents are so strong, they are deciding to put tenants in and keep it as a long-term investment,” Mr Holden said.

“It’s a model I think will become more dominant.”

He had initially planned to sell them all, but has since decided to hold on to a few of them as investments.

The three-bedroom terrace homes rent for $650 a week and Mr Eckford will generate cash flow of around $30,000 a year after vacancy and property management costs.

Mr Eckford has been investing in property since 2004 and says all his properties are cash flow positive, however, he generates greater returns from his commercial investments.

Inside one of the town houses that will be rented out to provide a cash flow positive long-term income.

“Unless you’ve owned the property for some time and haven’t increased the debt even though the property value has increased, you are now achieving more positive cash flow from the increased rents.”

NEXT ORDER is Coming to Switch and PC in February — GeekTyrant