Why Parkside Is the New Hot Place to Live in Sydney 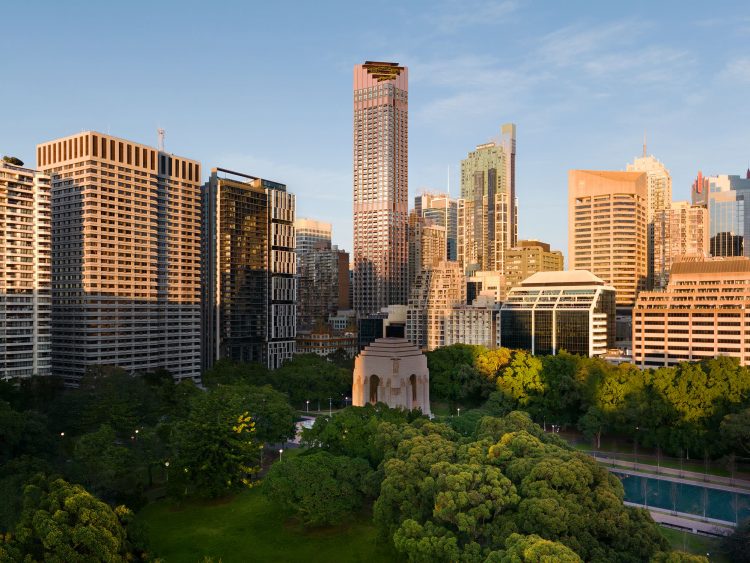 With the sprawling greenery of Hyde Park on its doorstep and the best of retail, food and entertainment all around, it’s no surprise luxury home buyers are turning their attention parkside.

Between the CBD and Surry Hills, the emerging Hyde Park South precinct is establishing a reputation as one of the city’s finest premium property destinations.

The past couple of years were defined by property buyers prioritising lifestyle, while recent trends have shown CBD proximity is increasingly important.

Hyde Park South combines the best of both these worlds, says Angus Moore, economist at realestate.com.au.

“Inner-city areas such as the south end of Hyde Park have really come to the fore for buyers again,” Moore says.

This exclusive parkside pocket is home to some of the Sydney’s finest luxury residential buildings.

In fact, Hyde Park South is evolving into one of the most exciting parts of central Sydney, explains Robert Furolo, executive manager, corporate communications, Deicorp.

“It’s on the doorstep of the emerging Tech Central precinct and rubs shoulders with the cool restaurants and retailers in nearby Surry Hills,” he says.

With leafy Hyde Park at the heart, Hyde Park South reflects the best of global cities, such as New York and its famous Central Park, or London and its own historic Hyde Park.

On one side, Hyde Park South has the bustling CBD, while on the other, it neighbours Surry Hills which is brimming with cafes, restaurants, pubs, bakeries, fashion boutiques and more.

Adding to this, it’s just minutes from the food and retail precinct of Darling Square and the amazing food of Chinatown.

“Hyde Park South has culture, restaurants, theatres and nightlife all around — they’re all just an easy stroll from home base,” Furolo says.

The apartments at Sydney’s Hyde Metropolitan are reminiscent of the luxury residences that line Hyde Park in London and Central Park in New York.

The area is also just minutes away from the popular shops of Paddington, the sophistication of Potts Point and the nightlife of Darlinghurst.

“All of these things come together to create what is a perfect spot for a beautiful residential building,” Furolo adds.

While Hyde Park South already has so much going for it, there’s even more on the way. To begin, it’s right amid the NSW Government’s new Tech Central precinct, where major tech company Atlassian is building its new HQ.

In addition to Tech Central workers, many other professionals are returning to their offices in the CBD and Surry Hills, adding to the exciting atmosphere.

A number of luxury hotels are also making the area home such as Porter House Hotel and The W Hotel. Meanwhile, the new Sydney Metro stops are set to open nearby, making the area an even greater epicentre for the city’s activity.

A perfect park side life

For those wanting a slice of parkside style, the area’s latest scene-stealing residential addition is Hyde Metropolitan, from developer Deicorp.

It offers buyers the best of inner city living — serene surroundings while being in the thick of the action, Furolo explains.

Designed by Candalepas Associates, the firm appointed to the upcoming National Gallery of Victoria’s redesign, Hyde Metropolitan’s architectural vision emanates a sense of beauty and calmness.

“Its materials, its design, its place — it all adds up to a spectacular design that will make people stop to admire it.”

The 55-level building features 168 apartments including two- and three-bedroom designs and two whole-floor penthouses, with the residences offering sweeping views of Hyde Park, the harbour, the headlands and more.

Residents will have access to a resort-style podium pool, leisure deck, sauna and gym, as well as concierge services.

For buyers wanting access to the best of CBD life with the global city greenery style of Hyde Park, Hyde Metropolitan will tick all the boxes,” Furolo says.

“For leaders of industry and Tech Central professionals, this will be a terrific base where they can be close to everything while having a luxury address,” he says.

Pictures are courtesy of Deicorp.