10 Quotes That Perfectly Sum Up Tyler As A Character 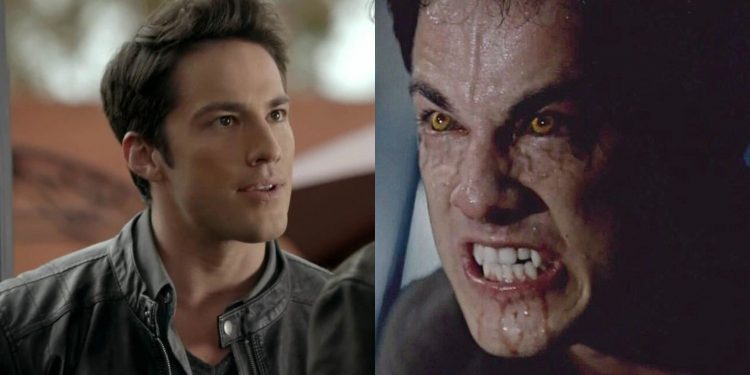 Fans of the ever-popular The Vampire Diaries have found new material to obsess over in the form of the newly released Vampire Academy, adapted by TVD creators Julie Plec and Marguerite MacIntyre. Still, the original vampire show remains a fan favorite, and the dynamic characters are one big reason why.

Besides vampires and witches, the show also introduced the vampires’ eternal foes, werewolves, and Tyler was the flag-bearer of that supernatural group. While he was always a part of the Mystic Falls gang, he was a bit of an outlier too. He had his own character arc on the show, which his dialogue summed up well throughout the series.

After going through a tough transition to werewolf, he was turned into a hybrid. Klaus was a ruthless villain who wanted to build an army for himself, and Tyler was the first one he turned to after he set free his own wolf side.

He didn’t like being sired, but it stopped his painful monthly transformation on full moon nights. He also became incredibly powerful and was the first created hybrid to ever exist.

“The Point Is To Get Drunk And Shoot Stuff.”

Tyler’s toxic anger was something that aged poorly in The Vampire Diaries but it was a huge part of his personality, especially due to the werewolf genetics. He would get worked up, rage, and then blow off steam by drinking or breaking things.

Earlier, he used to do so by bullying Jeremy and mistreating people around him, but Tyler soon realized that he would need his friends around to support him. So, he became nicer to him and Matt and found ways to release his anger without hurting people.

“This Isn’t Goodbye. This Is: Until We Find Way. We’re Immortal, Remember?”

Poor Tyler had to sacrifice a lot after his encounter with Klaus, and Caroline was one of the most important people he had to give up. Breaking his sire bond and helping other hybrids became his first priority, but Caroline was always in his heart.

Tyler and Caroline were one of the best couples in The Vampire Diaries because of how dedicated they were to each other while they dated. Tyler had made mistakes, but he wanted to spend his life with the vampire.

“I Need To Find A Way To Destroy His Life.”

Klaus and Tyler’s antagonism never ended, because Klaus had taken away his free will and made him do terrible things via the sire bond. Klaus took a special interest in him because of Caroline but gave him a tougher time with it.

He had killed fellow hybrids too, which didn’t sit well with Tyler who was a pack member through and through. Tyler dedicated a large part of his life to taking revenge on the Original Vampire siblings of the Mikaelson family.

Tyler’s character was not the most palatable at first, and he became self-aware of this fairly quickly. He went through a phase of improving himself and leaned heavily on Caroline while doing so.

There was a lot he didn’t like about himself, but he truly cared for her. In his darkest moments, he worked towards returning to her in Mystic Falls.

“What’s A Fair Amount Of Time For Me To Get Past That?”

The biggest betrayal to Tyler was Caroline’s — she slept with the one person who had made it his life’s mission to torment the younger hybrid. Klaus and Caroline had a special moment which fans cheered for, but it was awful for Tyler.

Klaus had not only made his life difficult, but he had also killed Tyler’s mother out of boredom, apart from banishing him from Mystic Falls. Caroline chose to be with Tyler’s mortal enemy which dealt him a huge blow.

One of Tyler’s defining traits was his strength. He was born with the werewolf gene which made him tough, but becoming a hybrid made him fearsome. He gained power rapidly, and could easily take on vampires.

Damon and Stefan were younger vamps, but Tyler had the ability to fight and defeat older vampires, too, because a hybrid combined the might of a vampire and werewolf in one.

Breaking his sire bond was no mean feat, but Tyler did it. The thing that motivated him to get out from under Klaus’ thumb was his affection for Caroline, and his sheer will to live a free life again.

He was forced to be loyal to Klaus, but he figured out a way to break the bond by himself and even helped the other hybrid do so. Tyler’s ingenuity and willpower were commendable.

“…Rather Have To Chain Myself Up On A Cellar Each Month So I Don’t Have To Wear This Lame Ass Tie.”

After Caroline, Tyler moved on to Liv, a Gemini witch who was formidable as she was sweet. The hybrid worked for a long time to get Liv’s attention, and some of those things included doing bar service with her to keep her happy.

Tyler could be funny when he wasn’t broody, and Liv brought out this side in him when he joked that wearing a suit and tie was worse than his wolfy transitions.

Tyler was, objectively, and awful young man at the beginning of the series. He assaulted Vicki, treated her like an object, beat up Jeremy, and drank way too much for his own good.

He only realized his wrongs after a while, and he regretted behaving the way he did. His guilt for Vicki’s ill-treatment, followed by her death was huge, and he couldn’t do anything about it but be contrite.

NEXT: The Worst Things To Happen To The Vampire Diaries Villains

How Much and How To Manage