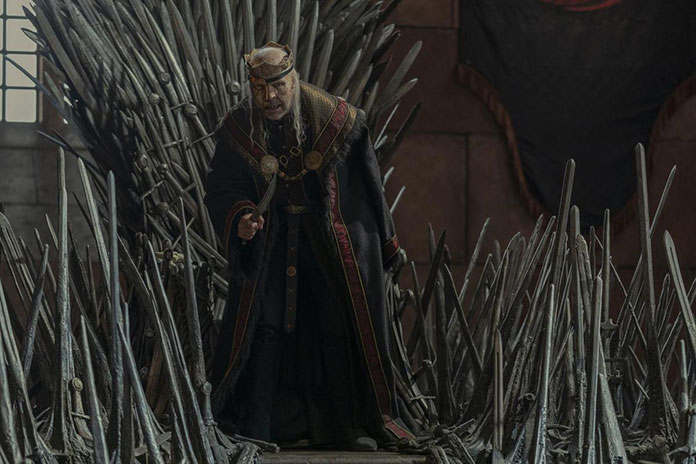 “Game of Thrones” author George R.R. Martin has updated his personal blog and briefly touched upon the currently airing prequel series “House of the Dragon”.

Martin says that the series will need to run around a total of 40 episodes if it wants to fully tell the story of the Targaryen civil war (aka. The Dance of Dragons).

The current first season of the HBO prequel series runs ten episodes, suggesting Martin can see a potential four-season run for the show which has already received a second-season renewal:

“When I was a boy, shows had 39 episodes a season. By the time I was writing for ‘Beauty and the Beast,’ it was down to 22. Cable shrunk that even further. ‘The Sopranos’ had 13 episodes per season, but just a few years later, ‘Game of Thrones’ had only 10 (and not even that, those last two seasons).

If ‘House of the Dragon’ had 13 episodes per season, maybe we could have shown all the things we had to ‘time jump’ over…though that would have risked having some viewers complain that the show was too ‘slow,’ that ‘nothing happened.’

As it is, I am thrilled that we still have 10 hours every season to tell our tale. ‘Rings of Power has only eight, as you may have noticed, and my AMC show ‘Dark Winds’ is doing six-episode season. I hope that will continue to be true. It is going to take four full seasons of 10 episodes each to do justice to the Dance of the Dragons, from start to finish.”

“House of the Dragon” has spanned a twenty-year period across its first season, with the cast routinely being updated with older actors. It airs its ninth episode this coming week.