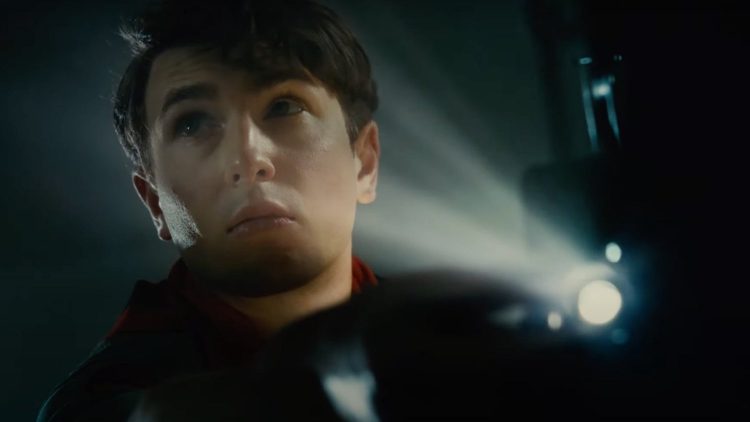 Director Steven Spielberg has done it again. He’s once again made an incredible film for audiences to enjoy, but this is easily the most personal film that the filmmaker has made. The Fabelmans is a beautiful and emotional story about the joys and difficulties of family, and it’s a moving love letter to the art of filmmaking.

The movie is a semi-autobiographical project that draws from Spielberg’s life. The main character is a young man named Sam Fabelman, who is growing up in post-World War II. As the story plays out, Sam discovers a shattering family secret, and at the same time, it explores the power of films and how they help him see the truth.

The Fabelmans begins with Sammy’s parents taking him to his very first movie and how that experience jump-started his journey to becoming a filmmaker. His first moviegoing experience reminded me a lot of how mine was! The first movie I ever saw in theaters was Steven Spielberg’s E.T., and I was completely in awe of it. That film is what cemented my love of cinema, and even at that young age, I knew I had to be a part of it!

Also, as a longtime fan of Spielberg, I know all about the stories of how he used to go out and shoot movies when he was growing up. This is something that I always used to do with my brothers when I was a kid. I loved going out and shooting movies, and watching those scenes play out in this film, really brought me back to those times and the fond memories came flooding back.

There were just so many different aspects of this movie that I connected with, and it was actually pretty emotional for me to watch because of how it made me think back on my own childhood. Then with the whole family aspect of the story, there was a lot going on there as well that I was also able to connect with as an adult!

Spielberg is a master storyteller, and he handles the story and characters with such care that you get a glimpse into his soul as you watch it. You can feel what the filmmaker is feeling. It’s really quite a remarkable thing. This is Spielberg’s self-portrait and takes us on a heartfelt journey that will make audiences laugh and cry, and in the end, you will leave the theater inspired and filled with joy.

Everyone in the film gave phenomenal performances. It was perfectly cast is it was a magical thing watching these actors just disappear into their roles.

Spielberg wrote the film with Pulitzer Prize-winning playwright Tony Kushner, who also wrote Spielberg’s Lincoln and Munich. Of course, the music was composed by the legendary John Williams.

This is a must-watch film and one of my favorites of the year, and you hope you all enjoy it as much as I did.