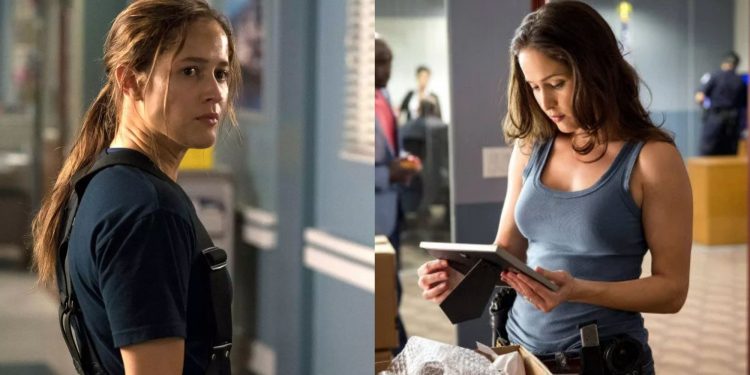 The popular series Station 19 premiered season 6 on October 6, 2022, bringing with it the announcement of three additions to the main cast. The spin-off to Grey’s Anatomy has been especially beneficial to the cast, whose talents have been recognized on a big network and brought them numerous fans.

As expected, viewers would like to check out previous acting credits from the performers and there are quite a few of these. Whether it’s Jaina Lee Ortiz appearing as a detective in Rosewood or Barrett Doss working for a superhero in Iron Fist, there’s a lot of interesting material starring the actors that fans will love to see.

The Catch is a comedy crime drama that follows a private investigator who exposes white-collar fraud, only to fall for a con artist herself. Jay Hayden plays one of the members of the protagonist’s team, with the character also engaging in some clandestine romance within the group.

The Catch didn’t have the longest tenure onscreen, but it received good reviews for the performances of the cast. Jay Hayden also received what was arguably his highest-profile role yet at the time, bringing the actor into the greater public eye on a major network.

The iconic Hamilton has some of the most iconic Lin-Manuel Miranda songs on screen and stage, with Okieriete Onaodowan singing a few of these as part of his dual roles of Hercules Mulligan and James Madison. Hamilton started off as a massively popular play that was then released as a musical film.

Onaodowan and the rest of the cast experienced a huge surge in popularity after Hamilton took off, which stars Miranda as Alexander Hamilton over the course of his life and eventual death. Station 19 fans will be delighted to see just how talented Onaodowan is in the singing department.

Stream On The Roku Channel

There have been many scary Boogeymen in horror movies, but this one goes for the actual figure from the lore. The story follows Danielle Savre’s character as she is tormented by the titular villain; checking in at a mental health hospital backfires when the Boogeyman traps her there.

Boogeyman 2 saw one of Savre’s first lead roles, with the actress impressing viewers by playing the part of a scream queen. The movie didn’t receive the best reviews, although Savre delivers a committed performance and carries the horror film on her back.

Medium takes a unique spin on the police procedural drama by adding a supernatural element to it. The show is about Patricia Arquette’s protagonist who works for District Attorney Manuel Devalos, played by, as they solve mysterious crimes.

Miguel Sandoval had several dozen acting credits to his name by the time he appeared in Medium, but the show gave the actor his longest-running role to date. Medium is primarily remembered for Arquette’s award-winning performance, although Sandoval himself received a fair few nominations, becoming an ALMA Award nominee for Best Supporting Actor.

Before his introduction in the MCU, only comic book fans knew facts about Iron Fist. The character of Megan wasn’t adapted from the comics but was a recurring figure in the TV series. Barrett Doss portrayed Megan, the protagonist’s personal assistant who witnessed all of his strange dealings.

Iron Fist gave Doss her first role that appeared in multiple episodes, as the actress had previously appeared in one-shot parts across various TV shows. Megan was part of the overall Iron Fist experience that primarily dealt with his dual role as Danny Rand and the Iron Fist.

Brown Sugar is among the romantic comedies that turned 20 in 2022, with the film remaining popular with audiences. The main story is about Sanaa Lathan and Taye Diggs’ characters Sid and Dre, and Boris Kodjoe’s Kelby shows up as Sid’s love interest to make Dre realize he’s in love with her, too.

Brown Sugar was just the second film credit in Kodjoe’s name, bringing him the opportunity to play a role with a major impact on the story. Brown Sugar’s continued popularity with viewers keeps Kodjoe well-known, and Station 19 viewers will enjoy checking him out in a rom-com setting.

Greenleaf follows the family of the same name who are the leaders of a sprawling Memphis megachurch. Underneath all goodwill lie several secrets and deception, with daughter Gigi Greenleaf, played by Merle Dandridge, caught in the middle of it all.

Dandridge had her first leading role with Greenleaf, which seeks to stump viewers with all the hidden facts about the titular family. Dandridge received acclaim for maintaining a solid screen presence to sell the idea of how messed up the Greenleaf family is.

Set in the ’60s, Aquarius picks up when a seasoned veteran cop teams with a younger detective to investigate the case of a missing girl and their work ultimately brings them into conflict with the Charles Manson family. Grey Damon stars as the inexperienced detective Brian Shafe.

Aquarius was praised for taking a different approach to the Manson family, in that it was told through the point of view of the authorities. Damon shared screen space with David Duchovny as two characters who had different personalities but somehow managed to mesh well together.

Jason George is known for playing the nice guy Ben Warren in Station 19, but he went against type for Barbershop. George appeared as Kevin, the boyfriend of employee Terri whose attitude as a total jerk ultimately leads Terri to stand up for her self worth.

Barbershop’s main story is about the employees of the shop and their daily lives, so viewers get to see George’s character rile everyone up with his bigheaded antics until he’s finally put in his place. Barbershop’s success spawned a franchise and spin-off that makes George’s role stand out in retrospect.

Jaina Lee Ortiz got her first leading role with Rosewood, where she played Detective Annalise Villa. The series centered around Morris Chestnut’s titular pathologist as he teamed with Villa to solve crimes. The partnership and eventual romance between Rosewood and Villa served as the main hook for the show.

Rosewood had a unique reception since the series itself wasn’t well-received by critics but the chemistry between Chestnut and Ortiz was singled out as a high point. Ortiz impressed viewers with her performance as a woman dealing with the loss of her husband and grappling with her feelings for Rosewood.

NEXT: 10 Best TV Shows Like Real Girlfriends In Paris

Bitcoin Price Still Consolidates, What Could Trigger A Nasty Drop