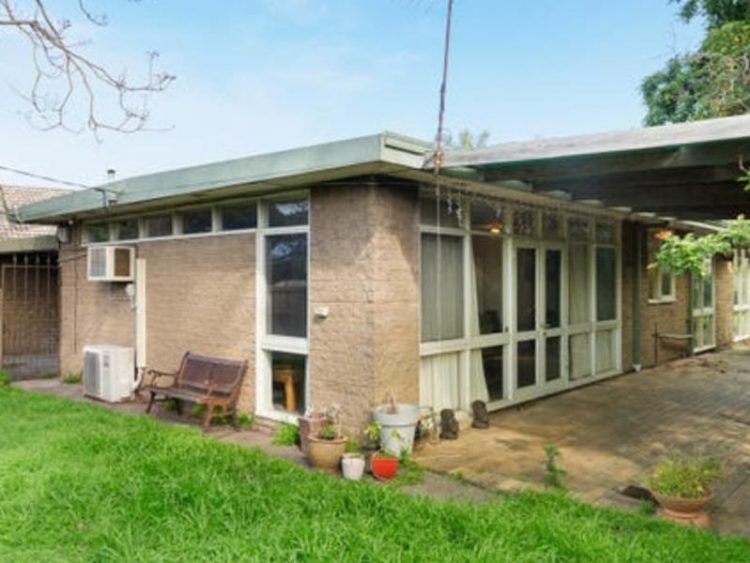 A mid-century modernist house at 42 Jacks Ave, Dingley Village, sold under the hammer on Saturday.

Several Melbourne houses have sold for more than $100,000 above reserve at auction this week despite six consecutive interest rate rises since May.

Proptrack recorded a 64.5 per cent preliminary clearance rate from 322 early figures available, with about 725 auctions held in Victoria this week.

About 1273 auctions are expected across the state next week.

Real Estate Institute of Victoria president Andrew Meehan said there appeared to be rising numbers of buyers attending auctions, even after the Reserve Bank Australia increased the cash rate by 25 basis points to 2.6 per cent earlier this month.

“If a home is in great condition, people are prepared to pay good money for it,” Mr Meehan said.

“But if a home need some work, at the other end of the spectrum people are bit hesitant because of the building industry, it’s hard to get tradespeople and they’re not sure how much repairs will cost.”

The kitchen showcases crystal stone benches and Miele appliances including an induction stove, oven, microwave and dishwasher. A second kitchen has a Bosch gas stove.

“To see five bidders at this high of a price point in Mt Waverley proves that there is still a lack of good supply to satisfy buyers,” Mr Reid said.

The mid-century property has four bedrooms and two bathrooms.

The home is close to Dingley Village’s shops, cafes, the local primary school and bus routes.

Among the three other bidders were parents looking to buy for their grown-up child and grandchildren, who cannot find a rental home, and an investor.

“It’s good to see buyers not just looking for shining new homes and being able to recognise potential, it has been awhile since we have seen that amount of excitement for a property that needs refurbishing,” Ms Kambouris said.

“The property was targeted at investors who want to use the included permit and plans … or to rebuild a family home,” Mr Lai said.

“The house is positioned in really good school zones which is on everyone’s wish list.

“We mainly had investors coming through while 20 per cent were looking at it from a family perspective to either renovate and live or rebuild a family home.”

Cost of living crisis: 100+ Victorian suburbs see more than 10 per cent spike in rent in 12 months

Home Pest Control: What to Know

A Brief History of Austrian Cheese